The island of St. Maarten is the smallest land mass in the world to be shared by two different nations. Only 37 square miles are governed by France and the Kingdom of the Netherlands.
Book Your Flight 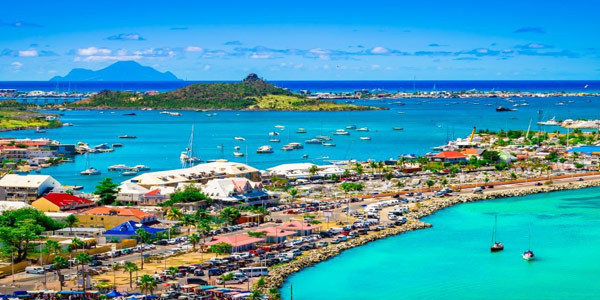 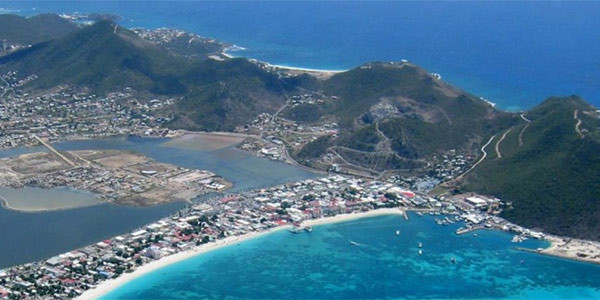 The island of St. Maarten is the smallest land mass in the world to be shared by two different nations. Only 37 square miles are governed by France and the Kingdom of the Netherlands.
Book Your Flight

Culture
The culture of St. Maarten is a blend of its African, French, British, and Dutch heritage. Although St. Maarten is a single island, it contains two separate nations: Saint-Martin, a French overseas collectivity; and Sint Maarten, part of the Kingdom of the Netherlands. Although each side's culture is influenced by their respective administering countries, they share enough similar heritage and traditions.

The native Creole population can trace most of their roots to Africa, France, the Netherlands and the British Isles. Only some stones remain from the ruins of the two forts built by the Spanish occupation in its early take over. But during the colonial period, the British settlers and several military dominations left their idiom as the main language spoken on the island and have made a large impact on St. Maarten's culture.

Nowadays, due to a major influx of immigrants searching for better employment and living conditions, over the past twenty years the number of Creoles has been surpassed by the number of immigrants. Today, the island's population of 77,000 is highly diverse, containing people from more than 70 different countries.

Popular music on St. Maarten includes a variety of styles beloved throughout the Caribbean. Calypso, merengue, soca, zouk and reggae all contribute to the festive culture.

Location
St. Maarten is an island in the northeast Caribbean Sea, approximately 300 km east of Puerto Rico. The 87-square-kilometre island is divided roughly 60/40 between the French Republic and the Kingdom of the Netherlands, but the two parts are roughly equal in population.

Some Local foods
The most popular types of cuisine on the French side are traditional French and spicy West Indian Créole. Fresh seafood appears on all menus, sometimes prepared in Créole style with spices, sometimes in the classic French manner with herbs. Local rum drinks often precede a meal and fine French wines provide the perfect accompaniment.

Dutch St. Maarten oofers you International dining opportunities. Prices range from inexpensive to extremely high. In between, there are many moderately-priced restaurants, many featuring American-style food. Island rum drinks, or the locally produced specialty, Guavaberry liquor, often accompany a meal.

Discovering St. Maarten
Found on the Dutch side of the island, just past the golf course and next to the airport, Maho Beach is a popular sight for tourists. It’s a great getaway for a couple hours or for if you just want to watch planes land and take off right above your head!

Visit the Loterie Farm, a secret hideaway located in the hillside of Pic Paradis, on the French side of the island. With many fun activities, including wining and dining, climbing, hiking, ziplining, or joining their famous Saturday day parties, you won’t be bored.

Take a day trip down to Philipsburg, the Dutch capital of the island. With many restaurants and bars to eat at and multiple small boutiques to shop at, Philipsburg is always a fun choice! If there are cruise ships visiting, many locals will sell inexpensive clothes, trinkets, and souvenirs on the beach, which are great gifts if you’re looking for something to take back home to friends and family. On the other side of the island, Marigot is the main town on the French side. Marigot has numerous chic shops and boutiques. The waterfront West Indies shopping mall proves a temptation for shoppers. During the weekends, you can find farmer’s markets here as well as trinkets and souvenir shops.

Additionally, right above Marigot lies Fort Louis. Fort Louis is a must for the scenery. You can’t miss it, as it sits right atop Marigot and the mall, boasting the French flag, Fort Louis offers great views over Marigot Bay and Anguilla. The view is spectacular and the “hike” up (maybe 30-40 steps) is completely worth it. Park your car right beneath the steps and head up to the fort for a wonderful breeze, gorgeous views, and the feeling of being on top of the world!